This site is dedicated to bringing you updates and information about The Game: Penetrating the Secret Society by Neil Strauss.

Like many of you, I was once lonely, frustrated, and discouraged. I had plenty of female friends, but I was always the shoulder to cry on, nothing more. I heard from them when they had a tough time or needed someone to talk to.

Then I discovered The Game and it changed my life. I learned to demonstrate value, to be un-available, to employ kino, and to use social proof so that I can avoid friendzone these days. I’m not going to lie… I still have a long way to go before I reach mPUA status. But the difference between my life after reading The Game and before discovering Neil Strauss’ teaching is significant.

I launched this site to share my experiences and my lessons-learned from Neil Strauss and from The Game. I hope your life changes as much as mine did.

The Game: Penetrating the Secret Society of Pickup Artists by Neil Strauss contains dozens of colorful and intriguing characters that the author encountered in real life. In no particular order, here are just a few of the people making an appearance in The Game.

The very first scene in The Game is set in a demolished bedroom in mansion known as Project Hollywood, torn apart by Mystery. Early in the book, Strauss takes a bootcamp from Mystery and embarks upon his journey of transformation.

Considered by many to be the father of the seduction community, Strauss witness Jeffries use an anchoring technique in a Hollywood restaurant during their first encounter.

A pick up artist introduced in The Game and noted for his use of “cocky funny” strategies. His quote, “Attraction is not a choice” is often repeated amongst social artists when discussing the universal and inherent human nature and response to mating and dating.

One of a group of men (including Strauss) who rented Dean Martin’s mansion in Hollywood and formed a collective known as Project Hollywood.

An X-rated shaman of sorts. In The Game Strauss exclaims that “Steve P. had figured out a way to get women to pay to have sex with him.”

Described as looking like a steroid infused Wolverine, Hypnotica focused on a strategy he called hypnotic sexual engineering. 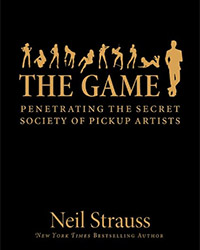 The Game by Neil Strauss is, for many men, the book that started it all. It’s not just about Strauss, it’s about a time in our lives when we were looking to get more out of dating, when we yearned to master the game. Strauss, a pale, balding, short man showed us through his own experience that you could date top-shelf women no matter what you look like.

It’s just a matter of learning how to play “The Game.”

The Game lent its name to an entire movement. Less clunky than “PUA,” less embarrassing than “seduction community,” “The Game” was a catchall phrase Neil Strauss gave to the world in his book about his own experience cultivating charisma. To this day, when you talk about Game with a capital “G,” you’re talking about a very specific thing: The art and science of charming women, yes, but also men, your boss and the girl ringing you up at the grocery store.

The Game is where we first met “Style,” the pickup artist alter ego Neil Strauss crafted under the tutelage of another titan of The Game, Mystery. In the book, we get to see Strauss run game on such celebrities as Britney Spears, Tom Cruise and Courtney Love.

In The Game, Many Men Identified with Neil Strauss

The thing about The Game is that when you read it, you realize that Neil Strauss is just like you: He’s not satisfied with who he is. He wants to get more out of life. He’s not sure how to go about it. Like a lot of other men, this lands him in the seduction community, where he meets Mystery and learns his methods.

A lot of what Neil learns throughout The Game is nothing that isn’t easily accessible on the Internet to anyone who knows how to use a search engine the right way. At the time, however, there was something secret about the whole thing, hence The Game’s subtitle, “Penetrating the Secret Society of Pickup Artists.”

The one-liner that disarms her and gives you the in. The infamous “neg,” the technique perhaps most associated with The Game than any other, for better or for worse (mostly worse). The three-second rule. The Game is the book that made all of this common knowledge, that penetrated the “secret society,” making it accessible to any man.

It’s also the book where Neil Strauss learns the limitations of the community. He moves into a Sunset Strip mansion with a bunch of other PUAs. What results is an insight into what The Game can do for you (have you full closing with women well out of your “league”) and what it can’t (find you the right girl for a long-term relationship). Indeed, it is the experiences that Strauss has during his time writing The Game that led him to seek something more than just mere seduction.

By the end of the book, we have a changed man. He dramatically dumps out all the numbers that he’s acquired onto a bed when professing love to his one and only, a woman repelled by certain aspects of what the seduction community has taught Neil Strauss’ gambit worked. She doesn’t run away. She doesn’t scream and carry on. She realizes that of all the women that Neil could be with, he has chosen her and that counts for a lot.

This is why Style ultimately had to be laid to rest: While The Game can be applied to any and all aspects of life, the PUA thing has a number of limitations, limitations that men will ultimately want to transcend. This is something that Neil Strauss learned when he spent a lot of time around the community, when he was fully immersed in it. Ultimately, there has to be more to life — and The Game — than the simple misdirection of a stage magician’s tricks.

The proof is in the pudding: When Neil Strauss laid his alter ego from The Game, Style, to rest, he wasn’t just lauded by his friends and men from the PUA community. He was surrounded by women that he had dated in the interim. These were women who were somewhat glad to see Style go, but also held a number of fond memories of him.

At the end of the day, however, while there were a number of people at the funeral who loved Style, there were even more that loved Neil Strauss. If there’s one thing to take away from The Game, it’s that there’s nothing in the world that beats being yourself. 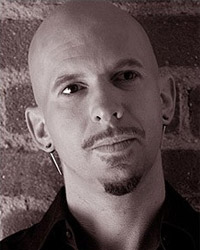 Some people blindly stumble through life, hoping for good results. They have no strategy, no plan. Like a video game player who just randomly mashes buttons with no rhyme or reason.

Other people — successful people — realize that you must have a game plan.

Neil Strauss is one of those people.

After completing his education, he began working at small periodicals in New York City. He realized that, as a beginner in the journalism game, he needed to start at the bottom, learn the rules, and pay his dues. He worked for free. He emptied trash cans. He wrote for any outlet that would publish his work. Eventually, he wrote at The Village Voice, The New York Times, and Rolling Stone.

During this career ascent, Strauss understood that human connections and relationships and even life itself is like a game. In 1998, he hit the bestseller list by co-authoring shock rocker Marilyn Manson’s book The Long Hard Road Out of Hell. During his time working with Manson, Strauss was connected to the infamous Los Angeles band Motley Crue. They later collaborated together on The Dirt: Confessions of the World’s Most Notorious Rock Band in 2001. From there, Strauss worked with the most well-known adult entertainer in the world with Jenna Jameson’s How to Make Love Like a Porn Star: A Cautionary Tale in 2004.

These writing projects did not simply happen. They were not the result of random phone calls out of the blue. Strauss maximized his relationships, played the game, and connected the dots. He had a game plan, he had a vision, and he acted on that.

One area, however, that Strauss couldn’t understand was how to be successful with women. During all the years backstage, surrounded by unbelievable amounts of excess and debauchery, he hadn’t had a single date, not a single kiss. But an editor suggested he document an underground subculture of men who dedicated their lives to improving their success with women. The editor thought of it as simply another journalism assignment. Strauss thought of it as a chance to change his life.

Neil Strauss bring us The Game

For years, Strauss traveled the world and learned from the gurus of pickup. Over time, Strauss transformed from chump to champ. He went from being unable to get a date to having threesomes, dating Playboy Playmates, and celebrities. And he documented that journey in The Game: Penetrating the Secret Society of Pickup Artists, published in 2005. The riveting tale of a nerd turned ladies man attracted worldwide attention and became an instant bestsellers. According to some reports, the book has been translated into more than a dozen languages and remains popular worldwide. A film version is currently being developed by MGM.

The Game brought the pick up community out of the shadows. A host of pop culture references began appearing, including references on CSI: Miami and Saturday Night Live. It wasn’t unusual to hear people discussing openers, negs, and pebbles.

With the book, Strauss introduced millions of people to the game. And to more efficiently, more effectively share the knowledge he had gained, he launched the Stylelife Academy in 2007, the world’s first online academy for attraction.

A follow-up, of sorts, to The Game was published in 2007 with Rules of the Game. While The Game did have some concrete tips and how-to, it was first and foremost a memoir of Strauss’ personal journey. However, Rules provided much more detailed, much more specific content and told people in a step-by-step manner how to improve their social lives. The book was re-issued in 2009 with expanded content.

Strauss continued to hit bestseller lists with Emergency: This Book will Save Your Life in 2009 and Everyone Loves You When You’re Dead: Journeys Into Fame and Madness in 2011.

Remember that some people just haphazardly hit the buttons on a video game and hope they defeat the bad guy? Neil Strauss doesn’t live that way. He studies the game, he intensely examines what works, discards what doesn’t, and works tirelessly to refine his skills. He realizes that all aspects of life — career, finances, relationships, personal improvement — is like a game. There are strategies that you can learn that work. There are things you can do to take control. You don’t have to hope for good results. You can get the results you need, if you just know how to play, and win, the game.